I’ve been in Army Bosh Mode for a while now. The French Napoleonics, DAK, and 30k Space Wolves have taken up all my hobby time. I need to mix it up.

Tickets for Warhammer Fest 2023 went on sale and I picked up a Golden Demon ticket too. I’m going to do a diorama. It’s been a while since my last diorama but I think I have a good idea. I’m planning on documenting the process here.

I’ve named it “Fire Support” and it’ll be a jungle theme. The core of it will be a Hellhound spewing some flames which I’ll model with cotton wool or lots of flock glued together. There’ll be some Catachan lads near the tank facing down some Tyranids which will be emerging from thick thick forest. A rough scale diagram below. 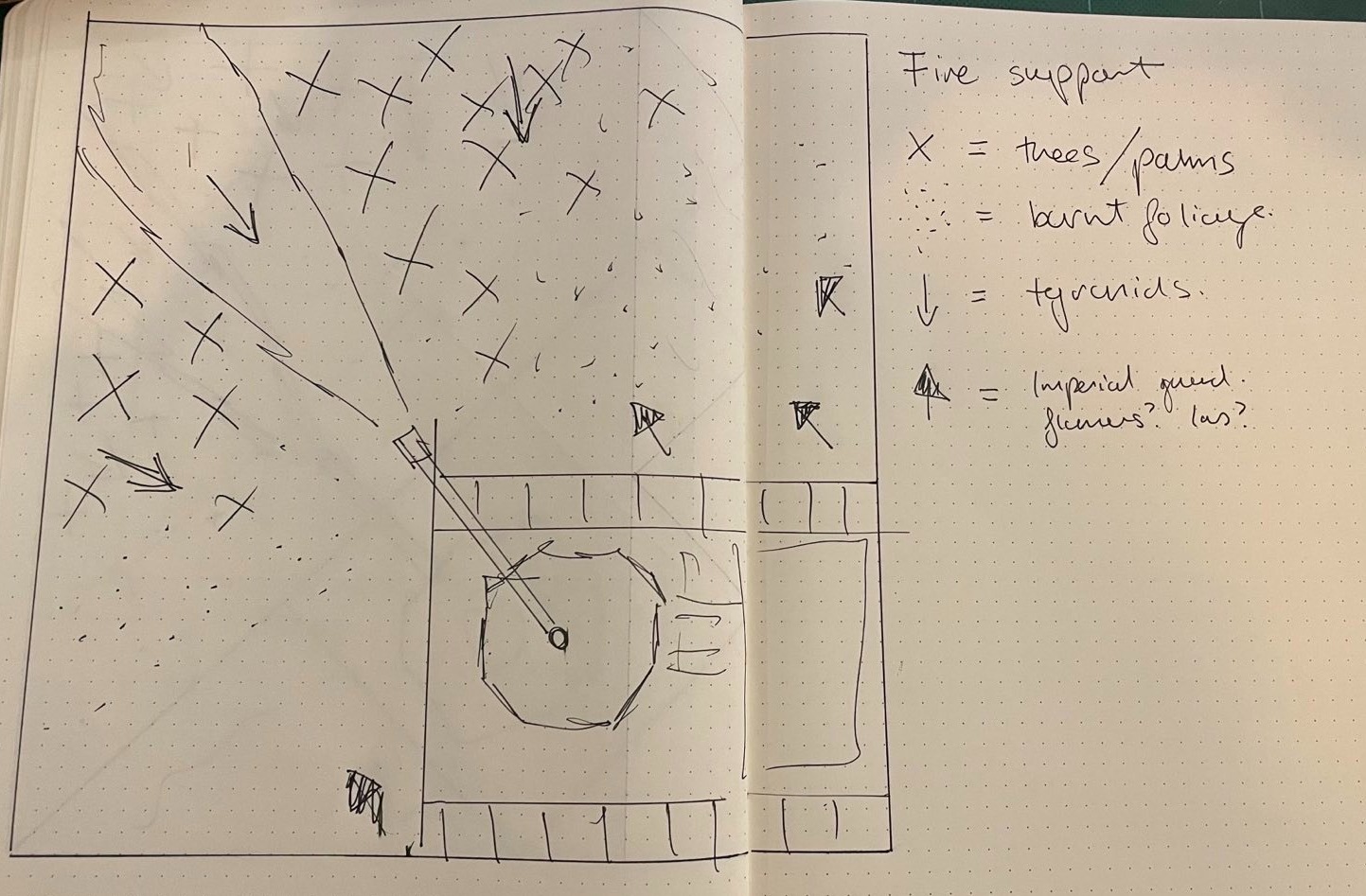 I’ll play a little with the positioning of the tank, probably rotating it so it’s not so square to the board. The bottom left needs a little more thought. I’m thinking that there’ll be regions of very burn/burning jungle to contrast against the alive stuff.

First I’ll be panting the tank in a classic Catachan scheme, which should be my next post on the topic.