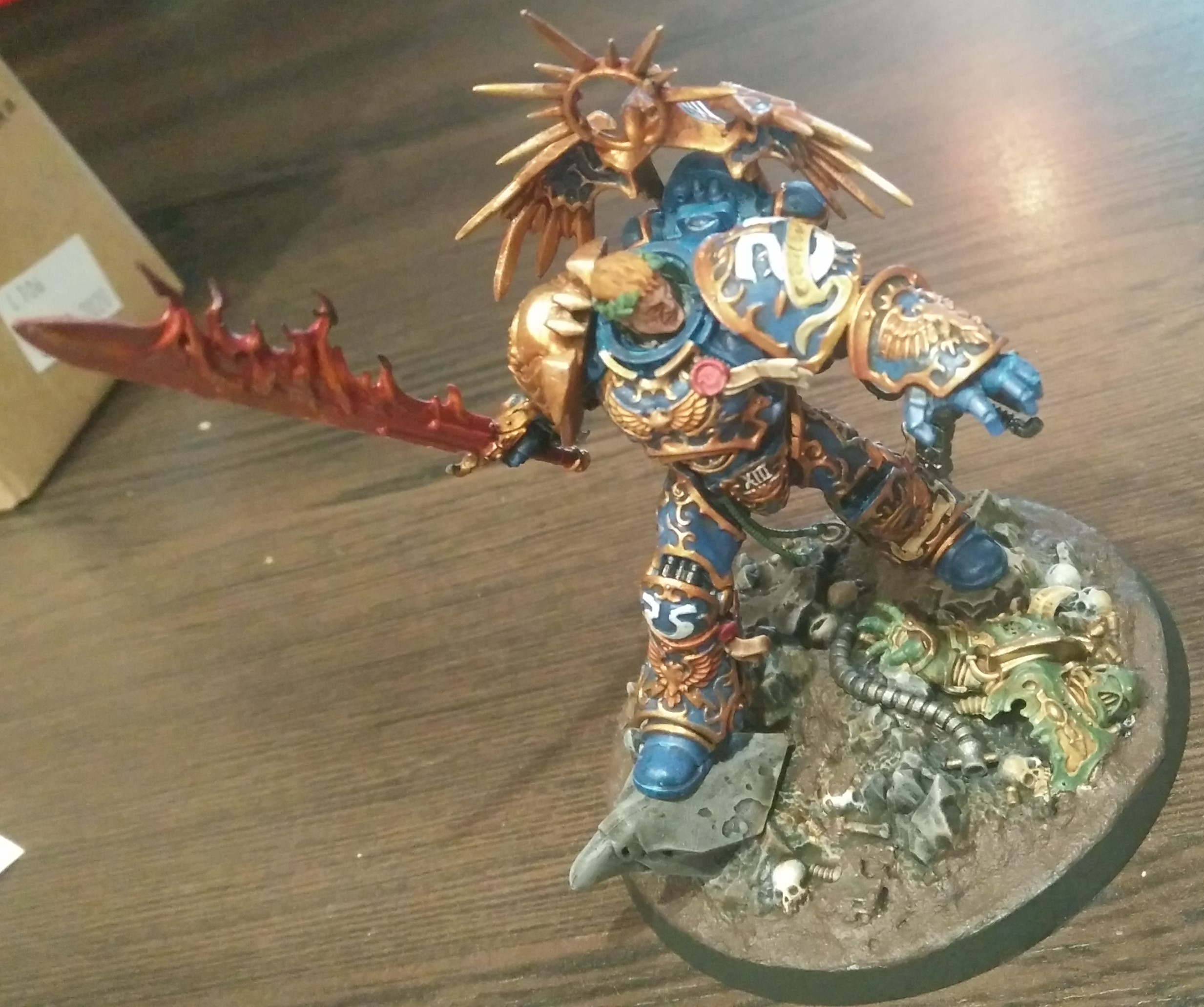 He was great fun to paint. I decided to omit the very fragile flaming torches from the base.

I've finished a squad of the Sternguard Veterans. 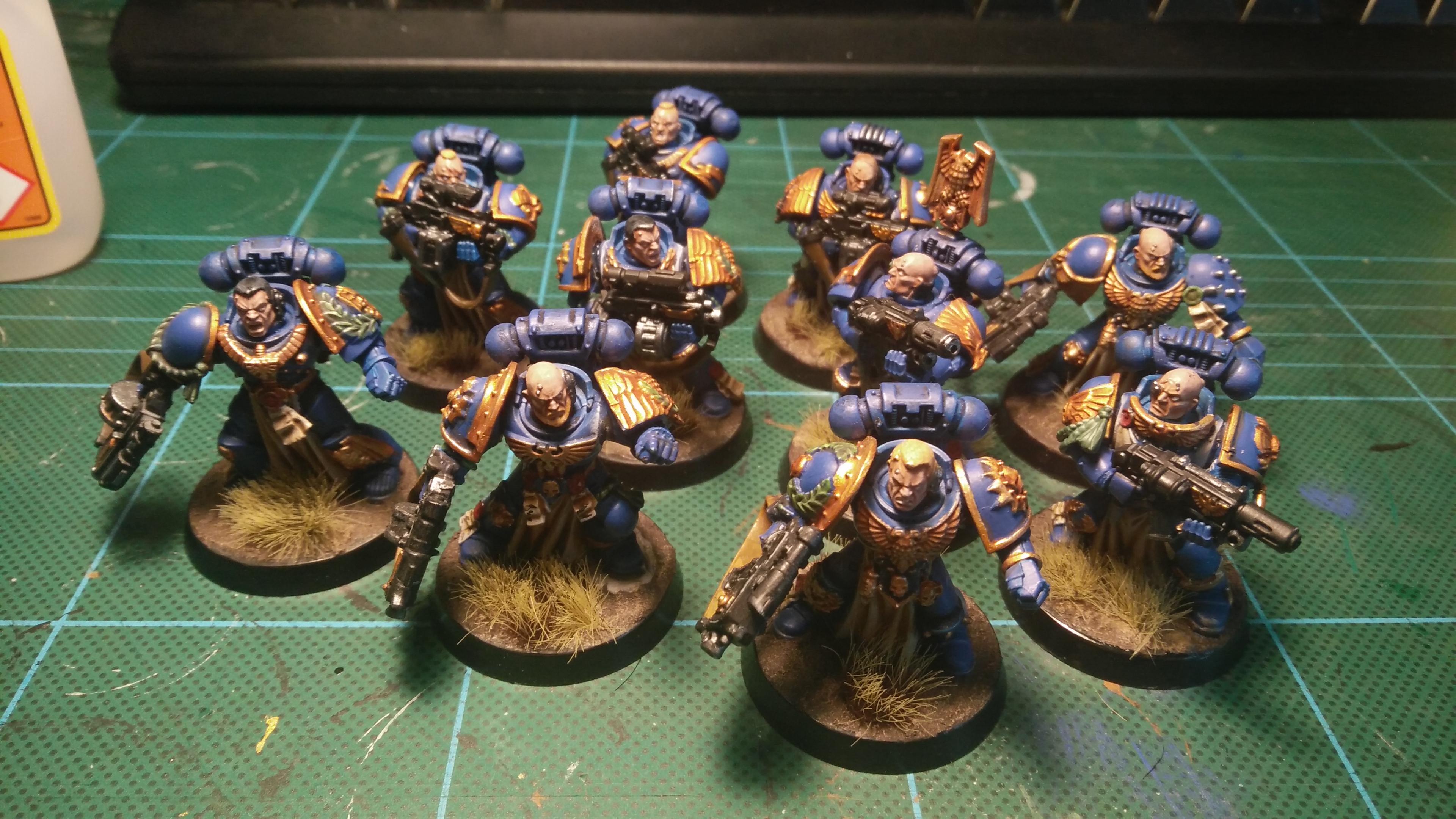 This squad took ages to finish. I went slightly over board with the magnetisation. It turns out magnets in the gun grip hand will do perfectly rather than in both shoulders and the grip. Once I glued the pointless joints I got them finished.

The second squad of Sternguard is primed and ready to go. Along with the secret third squad.

The old Rhino I had is finished. I'm very happy with it. 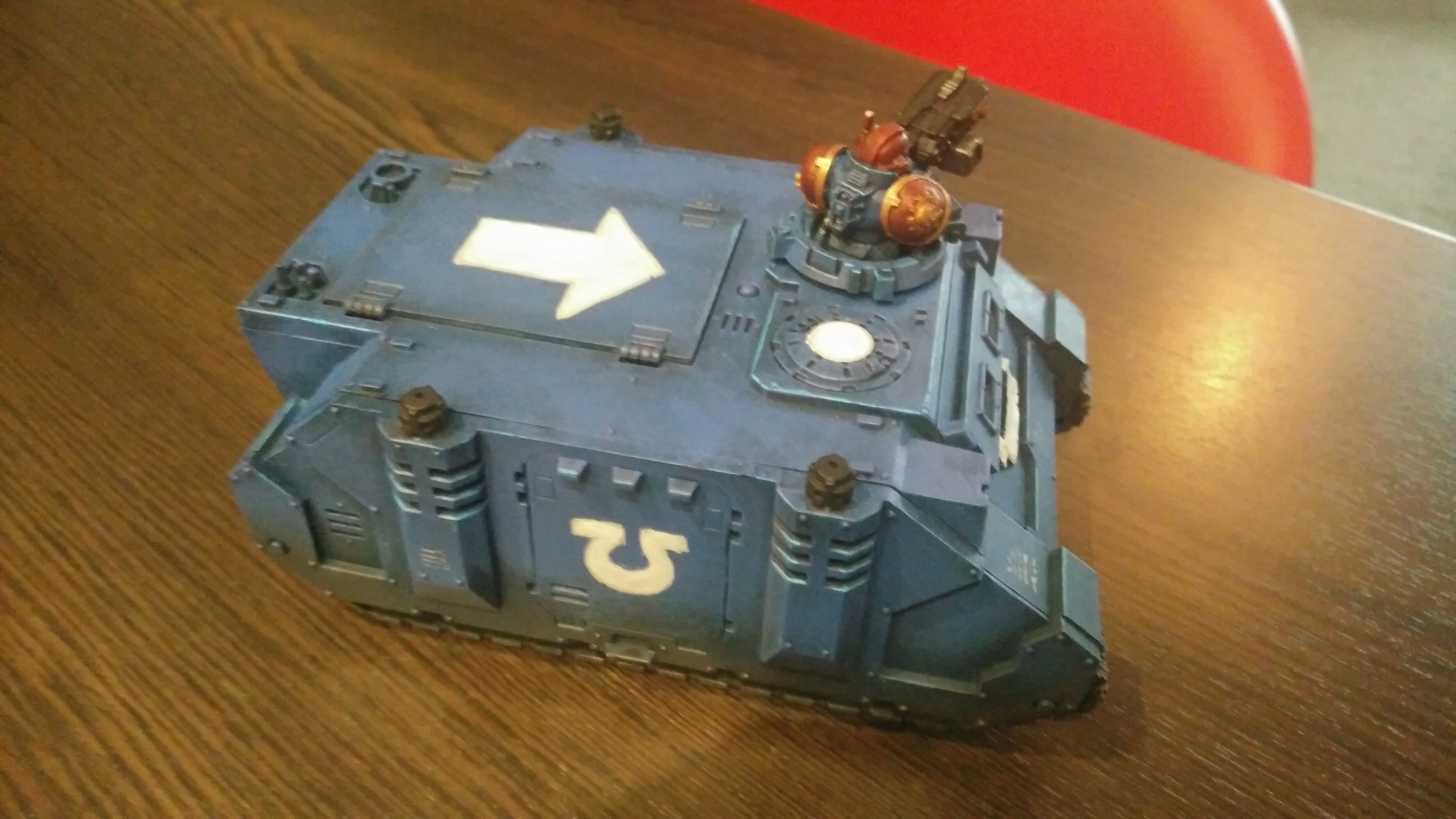 I did a cheeky Captain to lead an army when I played at Warhammer world. 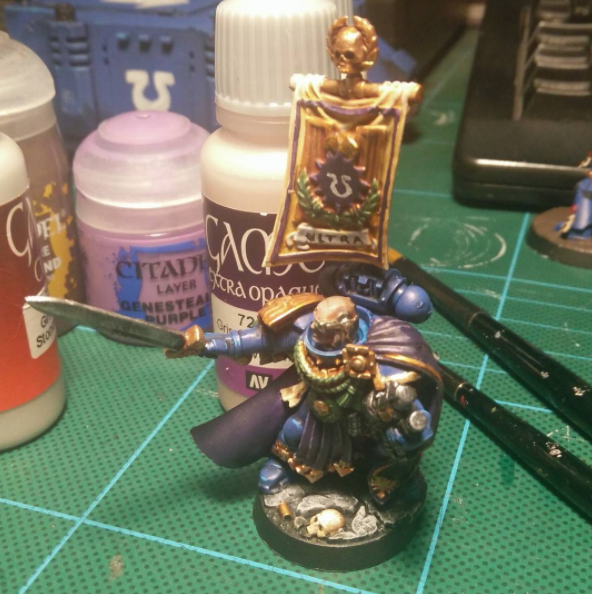 Other things that have kept me from finishing my commitments was my small squad of Stormcast Eternal. These are so fun to paint. The models are really simple to get to a decent a quality I'm happy with. 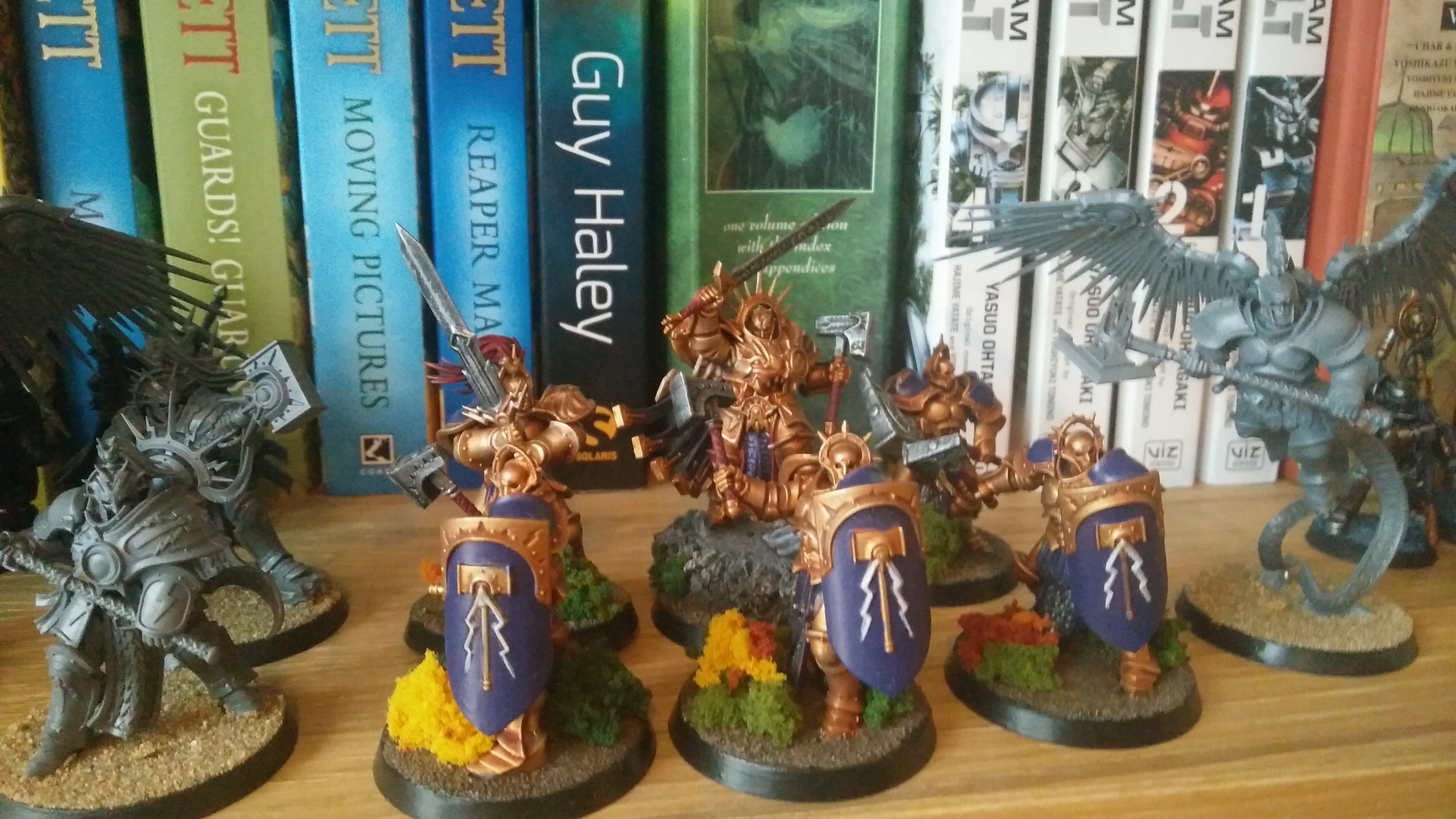 I used some different basing materials on them, they look quite basic but I enjoy the cartoony feel.

Finally I painted a single Tyranid. The idea is that my next 40K army could be Tyranids so I could re-live the historic battles. 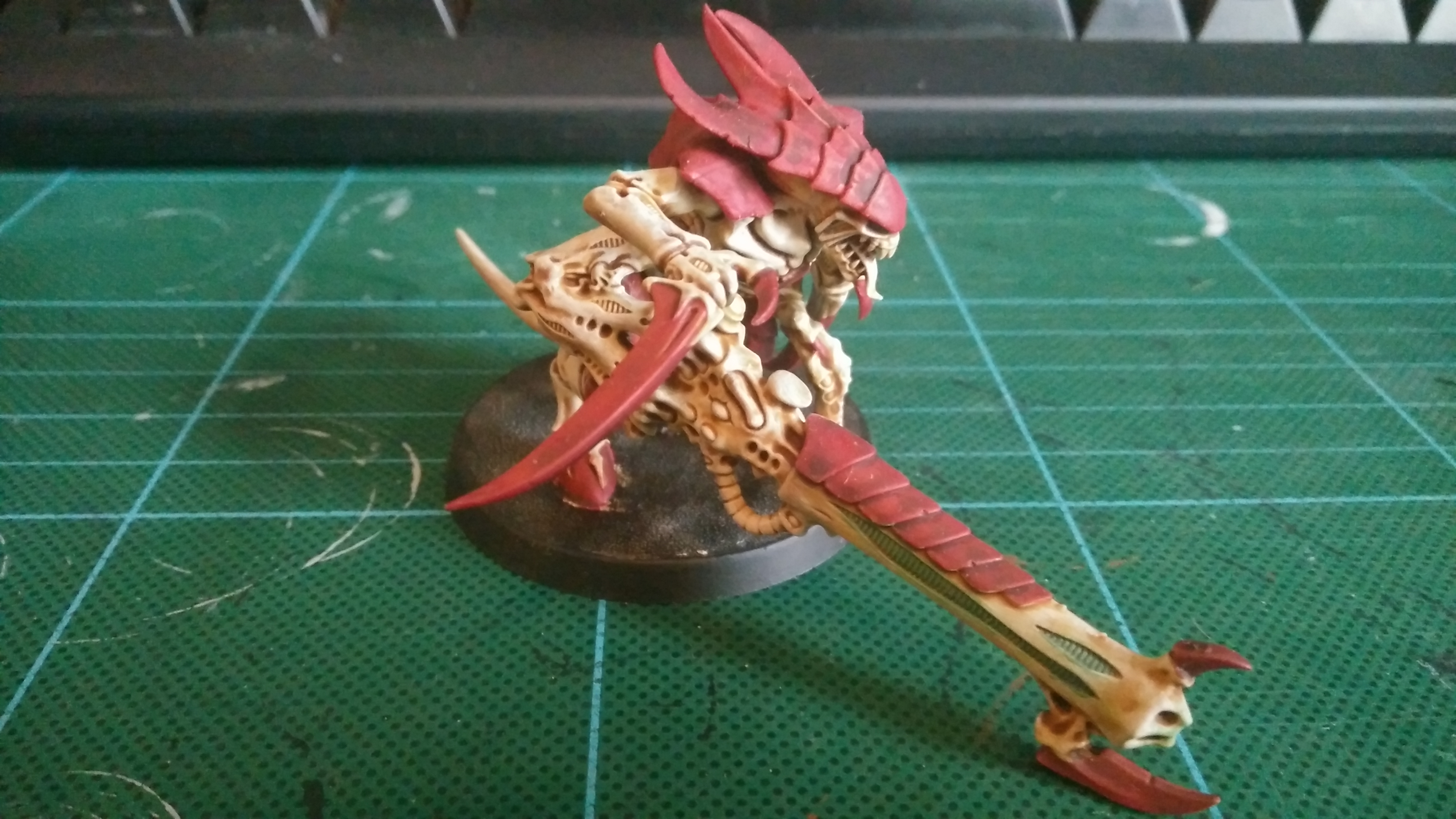 I'm planning on basing the Tyranids in the same way as the Ultramarines so it'll appear as if they are fighting on the same battlefield. I'm considering using spare bits like helmets or talons to paint up and base on the opposing team.

What's up next? Well at the end of the month I'm playing at Warhammer World again and I'd like to get that army list finished. Which means finishing another 20 Sternguard. 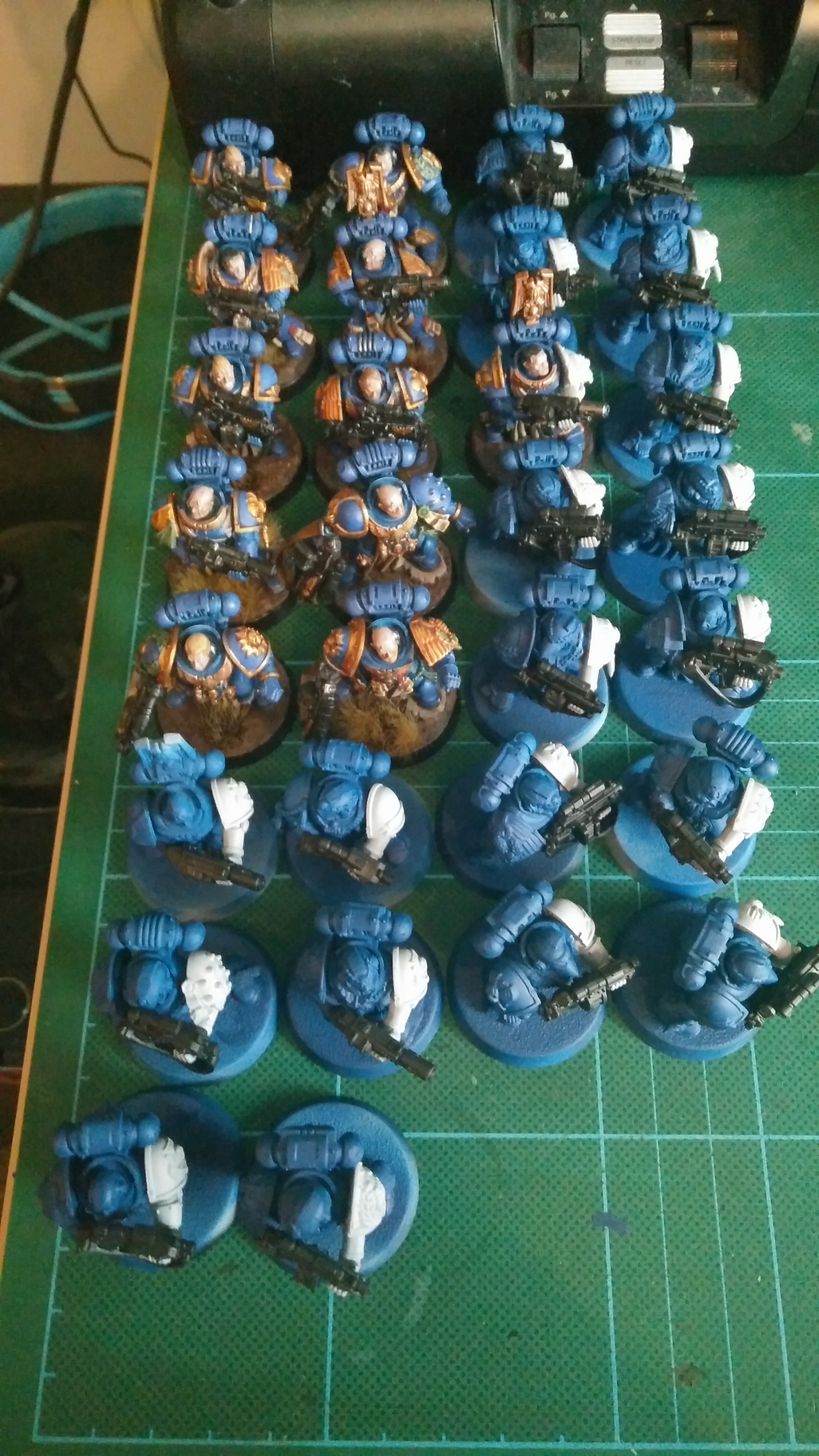 I post about two things here, games and Google products. I bought…

State of the Podcasts September 2017