Last night I went to see the G3 tour. It's something I've wanted to do for years. 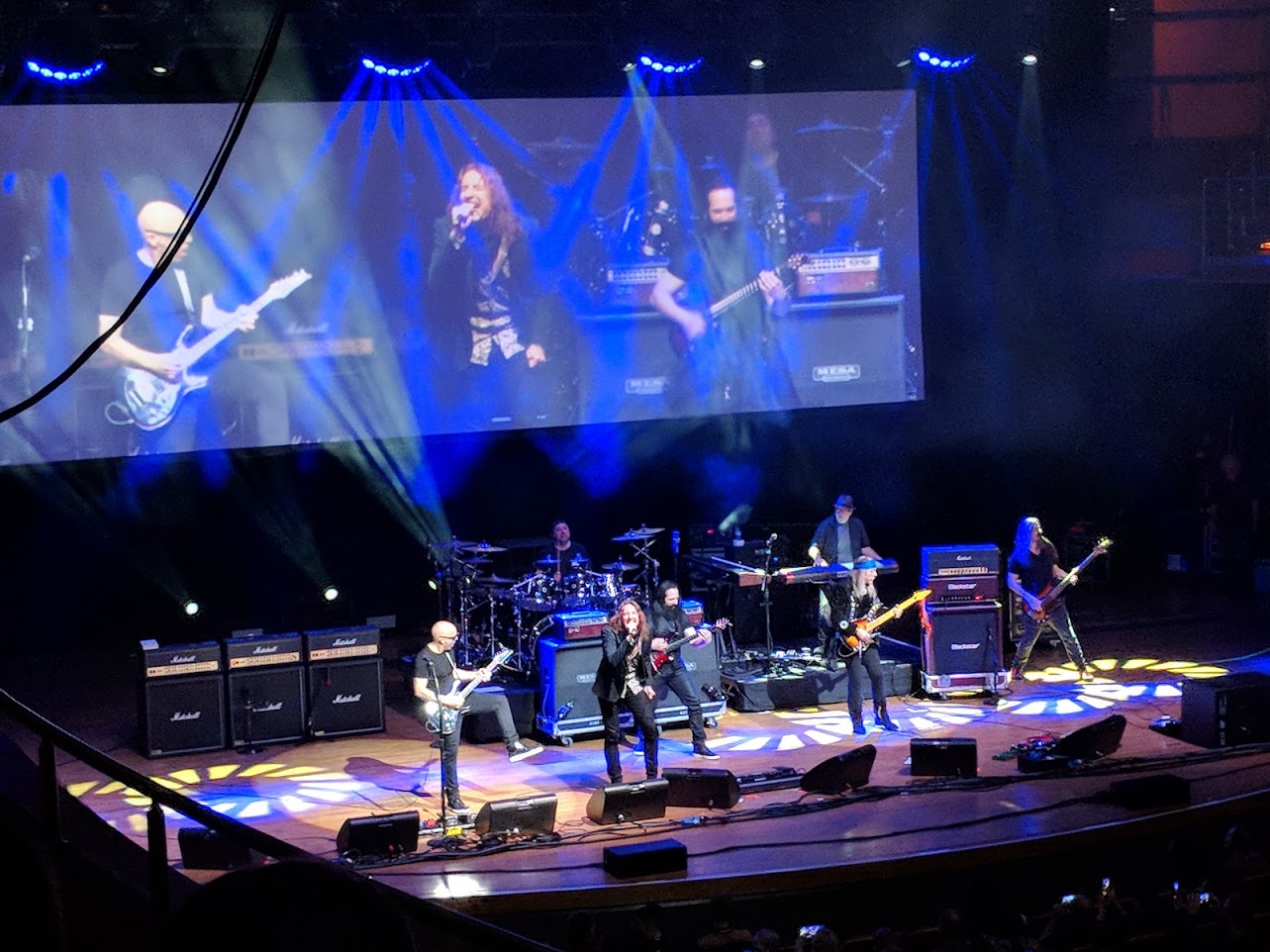 Who are G3? It's complicated. Every few years Joe Satriani invites two other guitarists to do a big world tour. In the past he's had Eric Johnson, Steve Vai, John Petrucci, Ynwie Malmsteen, and Paul Gilbert. This year's lineup was Satriani, Petrucci, and some guy called Uli Jon Roth who I'd never heard of. How could I pass up the chance to see my top two guitarists?

Birmingham Symphony Hall hosted them and it was pretty packed. The age of the crowd was certainly a little older than me but I was expecting that. There were quite a few tour t-shirts on display that were older than me which I found very funny. 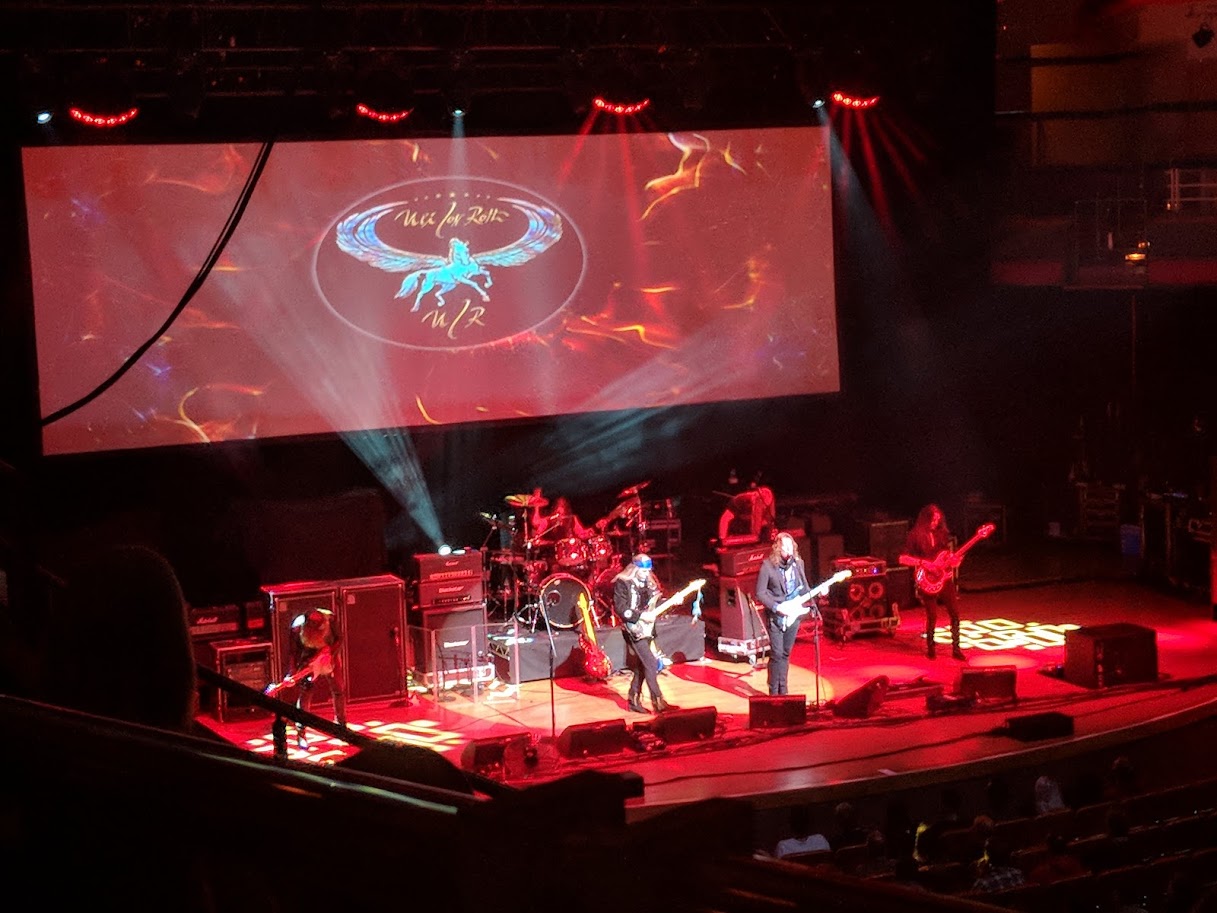 The show started with Uli Jon Roth who I don't think he is my jam at all. He gets very neo-classical in a Ynwie Malmsteen kind of way, which I'm not fond of. He's technically very proficient but not my jam. He played one song in memory of his brother Zeno who died this year, that was very moving. After Uli there was an intermission where I found out that G3 fans are also big fans of IPAs. 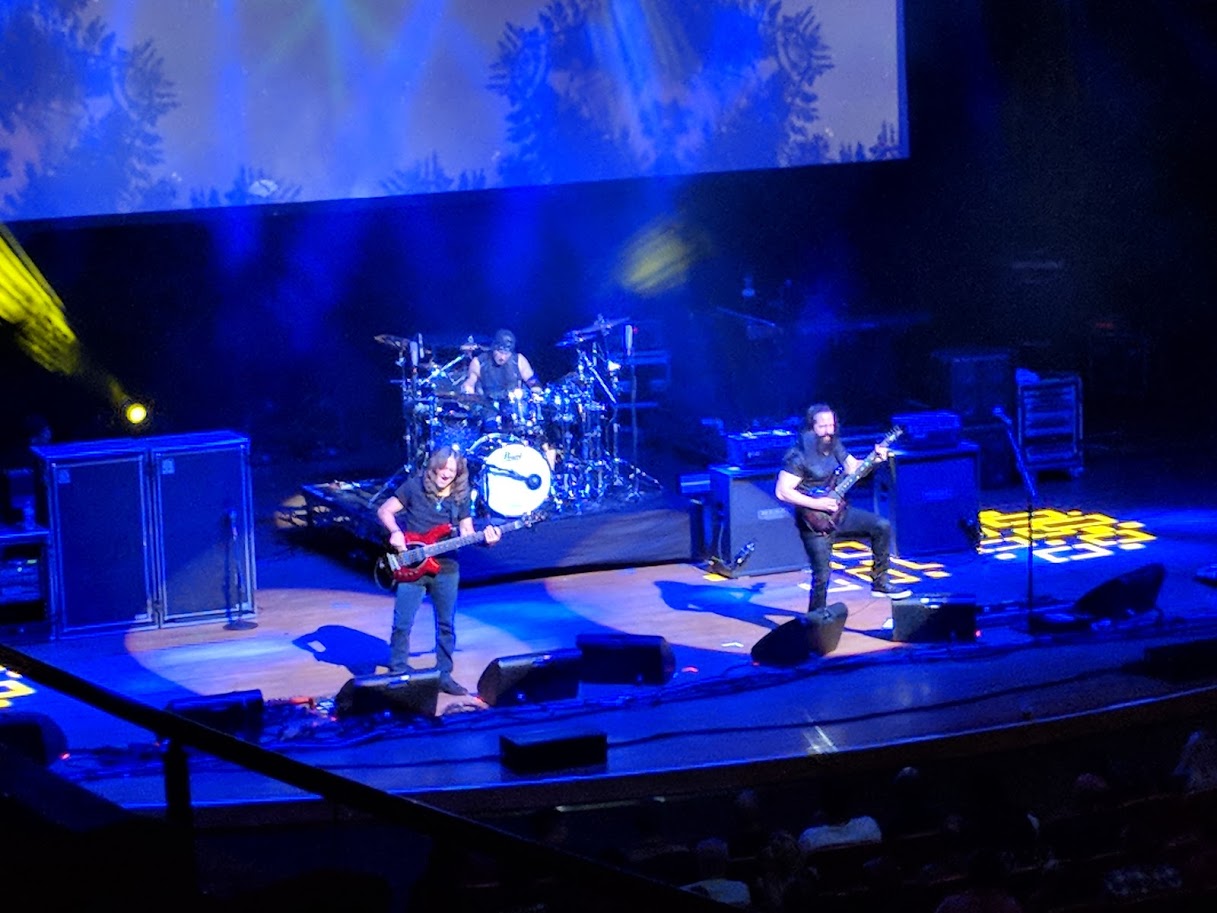 John Petrucci started a bit early but it was so worth it! His set consisted of 5 tracks, Jaws of Life, Happy Song, a new track called Glass Eyed Zombies (I think that's the name, it's only been played on the G3 tour), Damage Control, and Glasgow Kiss. John's set was fantastic. New and old. Heavy and light. It was one of the best 45min of music I've ever witnessed. John also has great stage presence. He turns up with long black hair, a big beard, fully black clothes, and just shreds at you. He's better than you at guitar, aggressively so! Then when he talks to the audience you're reminded of how much of a nice chap he is. He was the stand performance. 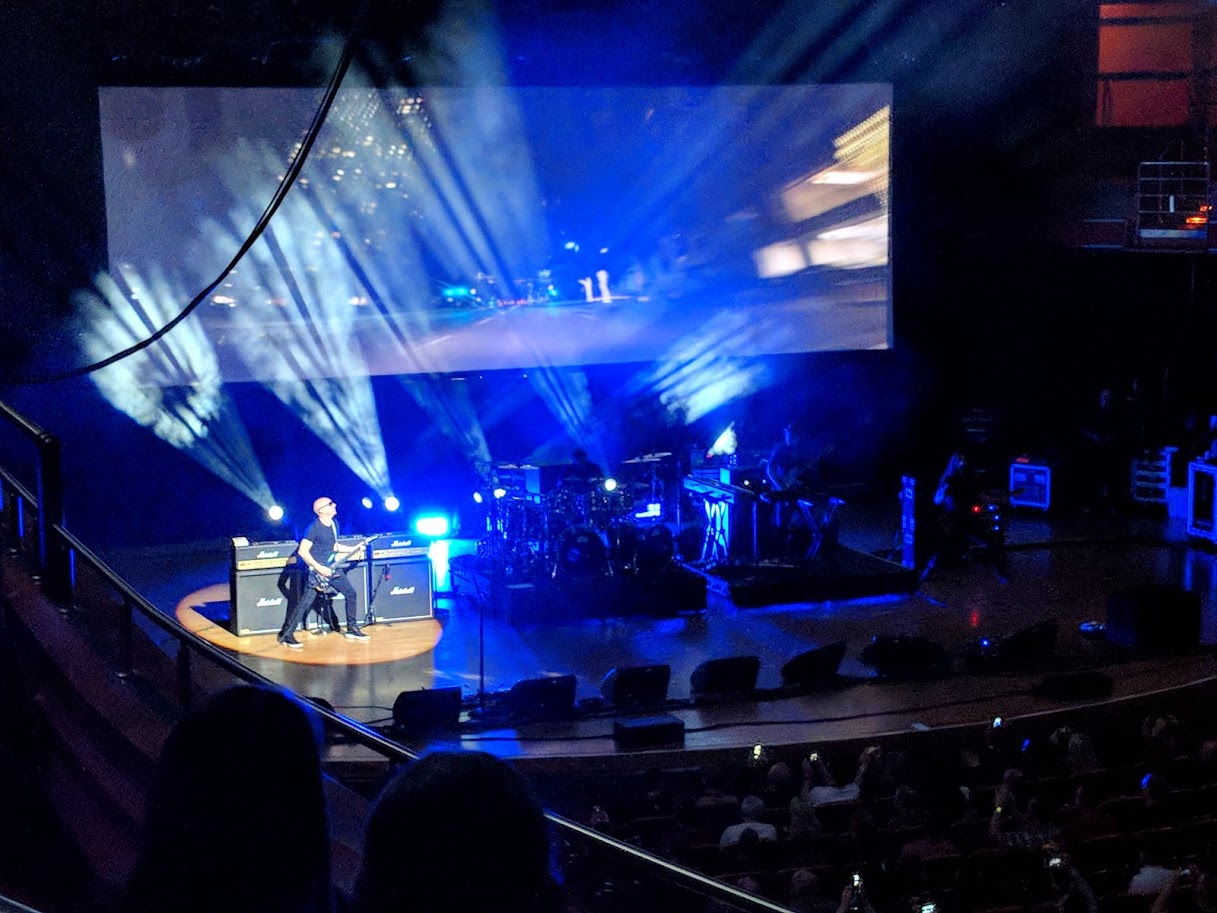 Another intermission and it's time for the main event! Joe was exactly as good as I knew he would be! Bouncing onto the stage despite being 61 years old! He played some classics like Satch Boogie and Always With Me Always With You, some new stuff like Cherry Blossoms, and the ever impressive Circles. Seeing him play live is amazing because he's the happiest guitarist around. H seems to love every track, even the ones he's been playing for 30 years. The newer stuff is so full of feeling without going bluesy or to esoteric. It's quite difficult to describe seeing a musician you've admired for your entire life. Hearing songs played live that have been the soundtrack to your entire life. It was magical. 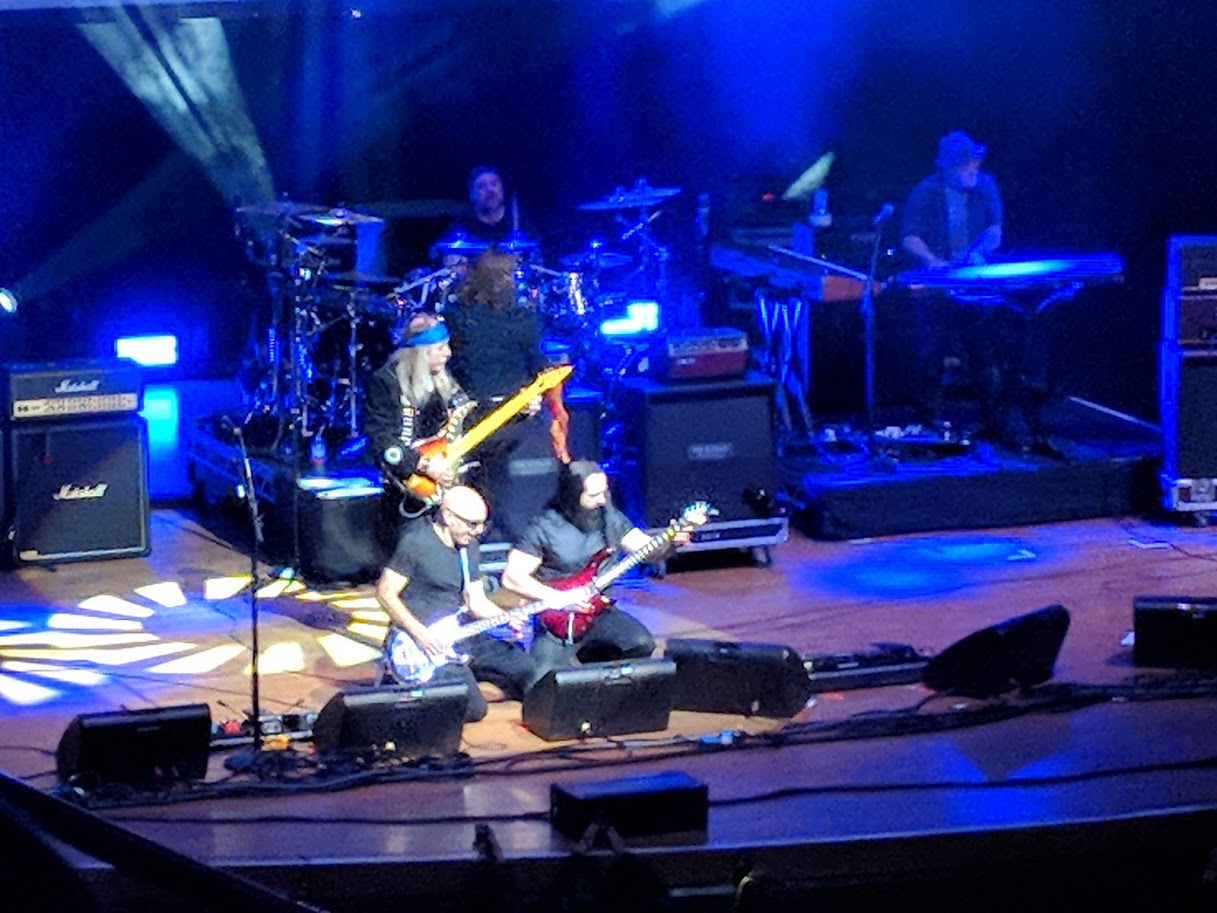 The evening finished with a jam with all three guitarists. I wasn't such a fan of this segment. They played some classics like Highway Star, All Along the Watchtower, and Immigrant Song. Each of those are great but I don't think three very different guitarists soloing around them added anything to the originals. The best part was hearing Uli's sound better, I think during the night the sound engineers got him a bit clearer.

It was well worth the price of admission. I've come away with a greater love for John Petrucci and feeling reaffirmed that Joe Satriani the king of guitars.

Imagine you're writing some code. Maybe you're putting your recipies in git…

Imagine a Project Tracking system like Jira but designed for life as well as being not terrible. You can make tasks, assign them to people[0], give a deadline, add some comments, and put them in projects. Pretty simple CRUD right? Well yes but the execution is where the magic is.…