It has finally happened! I played a full wargame involving scale miniatures! Prior to this weekend the last time I played a wargame I played was a singular game of Infinity with Jack and it was the only game of it I ever played. 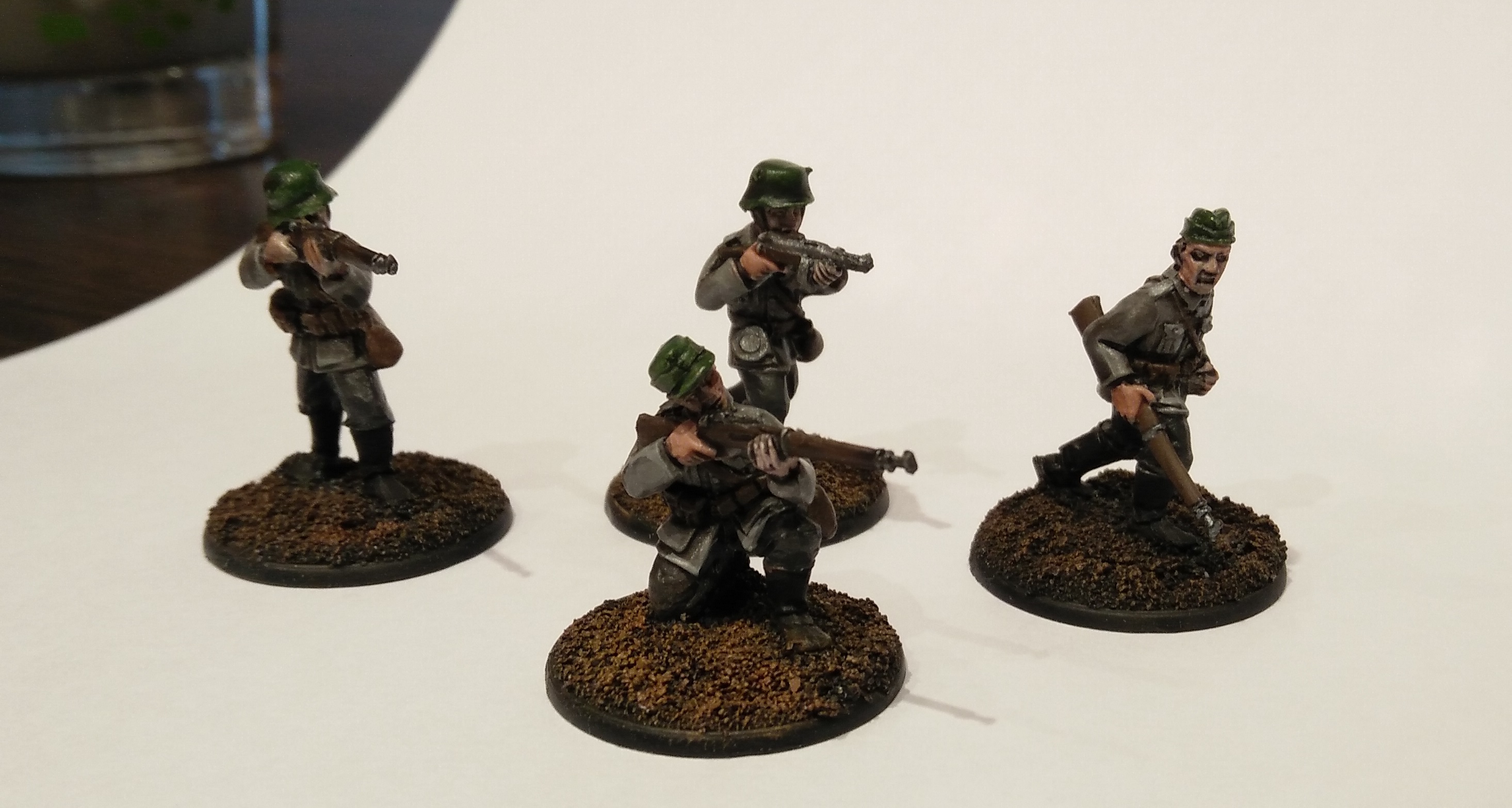 I went to the Sheffield Uni club and played with Icarus and damn was it fun. My Finnish force faced of against the might Italians. I didn't bother taking photos because:

but needless to say, it was a beautiful. There was quite a bit of terrain breaking up line of sight as well as making it look pretty sick. I enjoyed how the trees were magnetized to a base board, when I build a gaming table I'll be using that trick to make changing forests up easy.

My army consisted of the £75 bundle from the Warlord Games site. I borrowed Icarus' Finnish army book (which I've since ordered). The key units were the BA10 armored tank, the Stug III and sniper squad. The Italians' key units were cavalry and tanks.

We were playing the mission where the attacking team (me) had to essentially overrun the Italians, scoring point for models I walk of the Italian edge of the board. This is the point where I need to tell you about the Kaukopartio Long Distance Recon Squad. They are on skis and can outflank (enter the board from reserves, usually the left or right table edge) from the opposing table edge. So I could scoot onto the board, rek some guys and ski away to score some points. These guys were total MVPs. They turned up on turn 3, shot up an entire squad, got charged by the cavalry but managed to rek the cavalry with their ski poles. They later got murdered by some Italian officers but I think they were what broke the back of the opposition.

The BA10 also almost destroyed a squad of riflemen in one round of shooting. The Stug got a lucky shot on an opposing tank and caused the crew to scatter.

You might have guessed but I won. That's right, I won the reigning Bolt Action champion on my first game. Admittedly I had some very good rolls and Icarus didn't take that great a list (to avoid wiping the floor with me).

I've had my first taste of Bolt Action, I've ordered some more kits and I'm ready to command my Finns again.

Another Attempt At Organising My Life

It's that time again (just over a year in fact), I'm attempting…

A Week with the Pixel C

I'm keeping it. I'm not sure I need to say more really.…