On the last episode of Geek News Radio we (Joe, Mike, Fab and I) decided to embark on #4Feldherren. This is basically A Tale of Four Warlords but with a German hashtag. 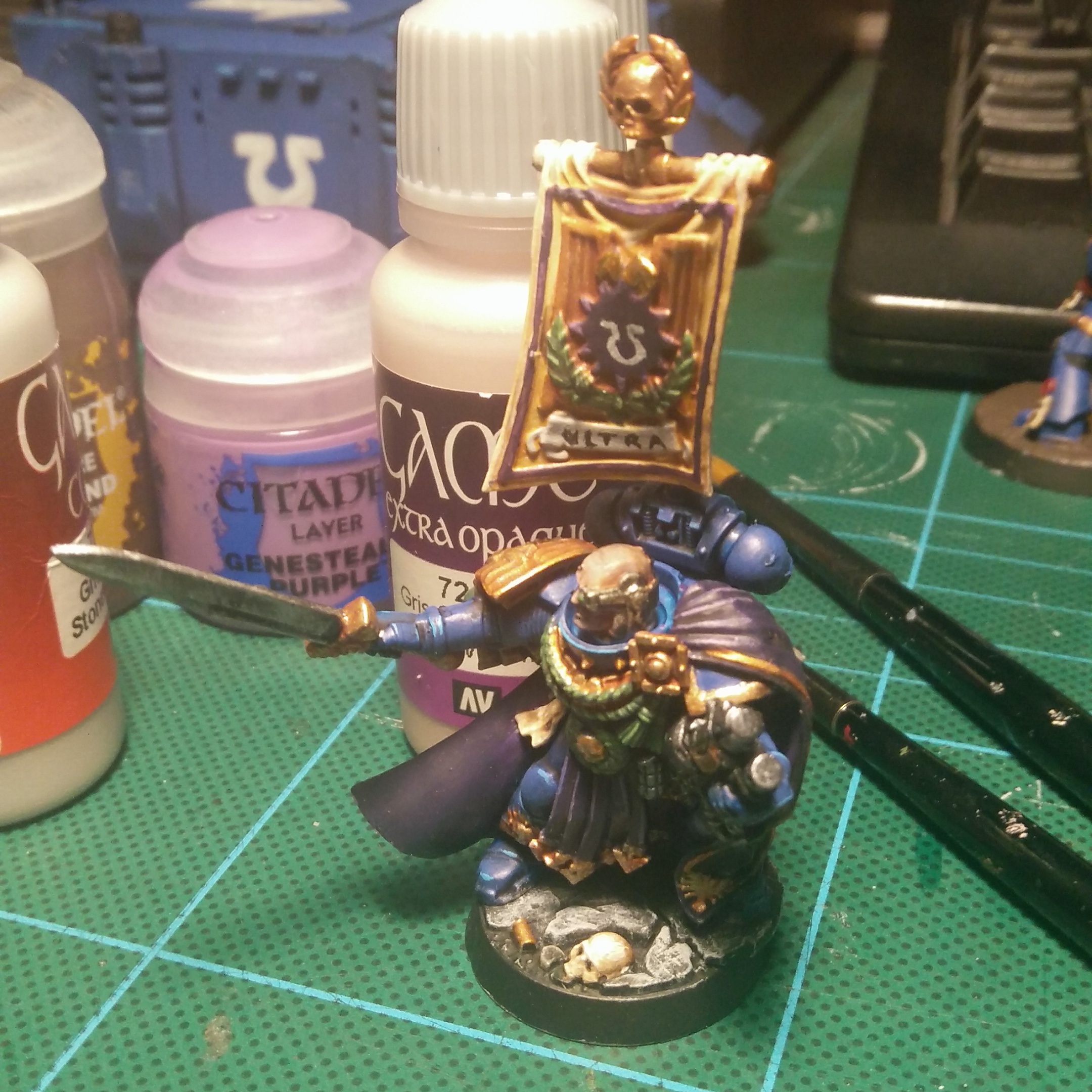 The idea is that we commit to painting some miniatures by a date, report progress and hopefully get some games in. Fab is going to try to finish his Word Bearers, Mike is doing a custom Space Marine chapter, Joe is going to be bold with a Harlequin force, and I'll be doing my Pure Boys (Ultramarines).

The current plan is to give periodic updates on the show with the goal of finishing these forces by the end of 2017. I'm pretty sure I can do it.

Rather than writing this post over the last few days I've been working on #4Feldherren. I've currently finished the old Rhino and did an additional Space Marine Captain. I picked the Captain up because I want an HQ unit to use in smaller point games. I'm currently halfway through the first 10 Stern Guard with them entirely painted except they lack arms and weapons.

State of the Podcasts September 2017

I was given Ican Gold for my birthday back in February. Last…